At Kemtron we offer the split rotary seal as our main oil seal (rotary seal) offering.  It works exactly the same as a conventional oil seal (rotary seal) or a bearing seal except they are design with a split allowing them to be install without dismantling the equipment.  This allows you to quickly and easily replace worn or damaged lip seals leading to less down time, significantly less labour costs and ultimately less cost of production. 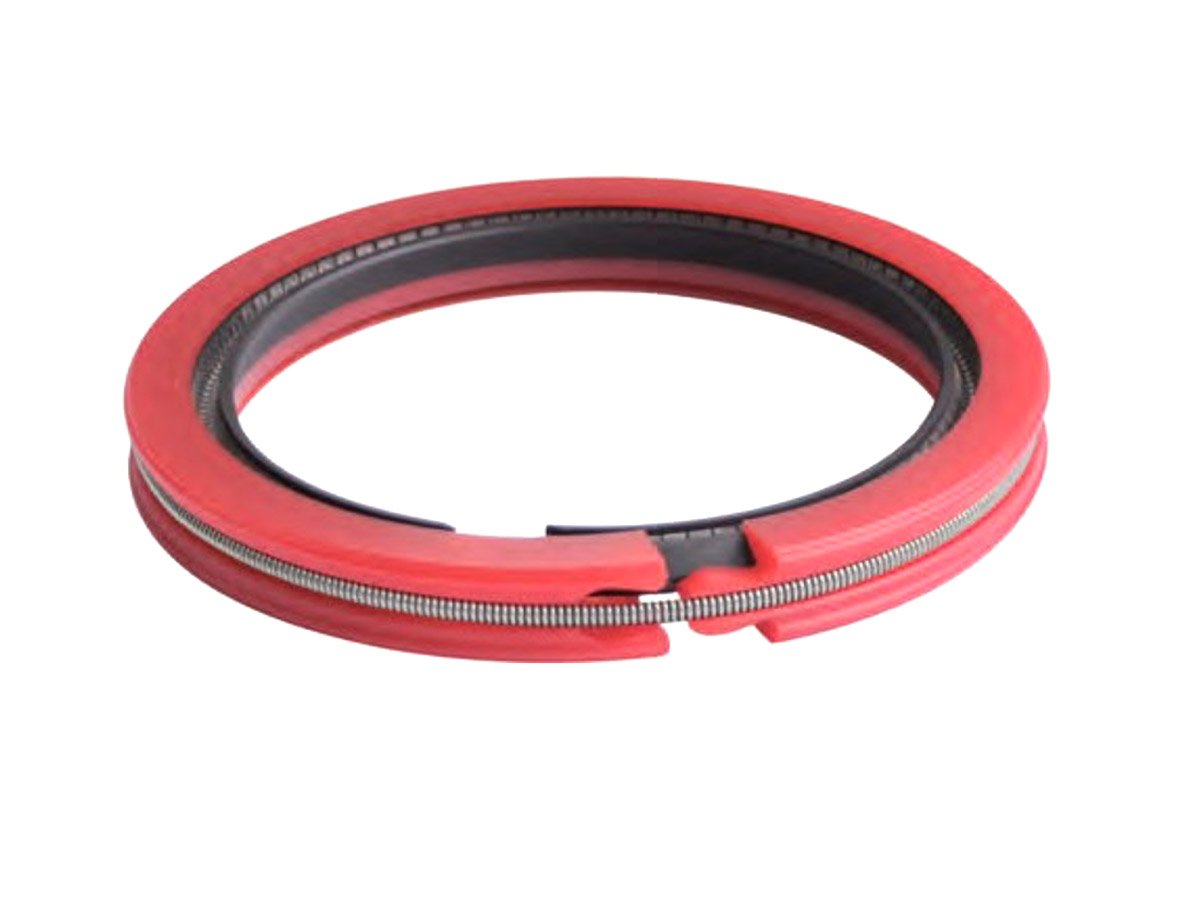 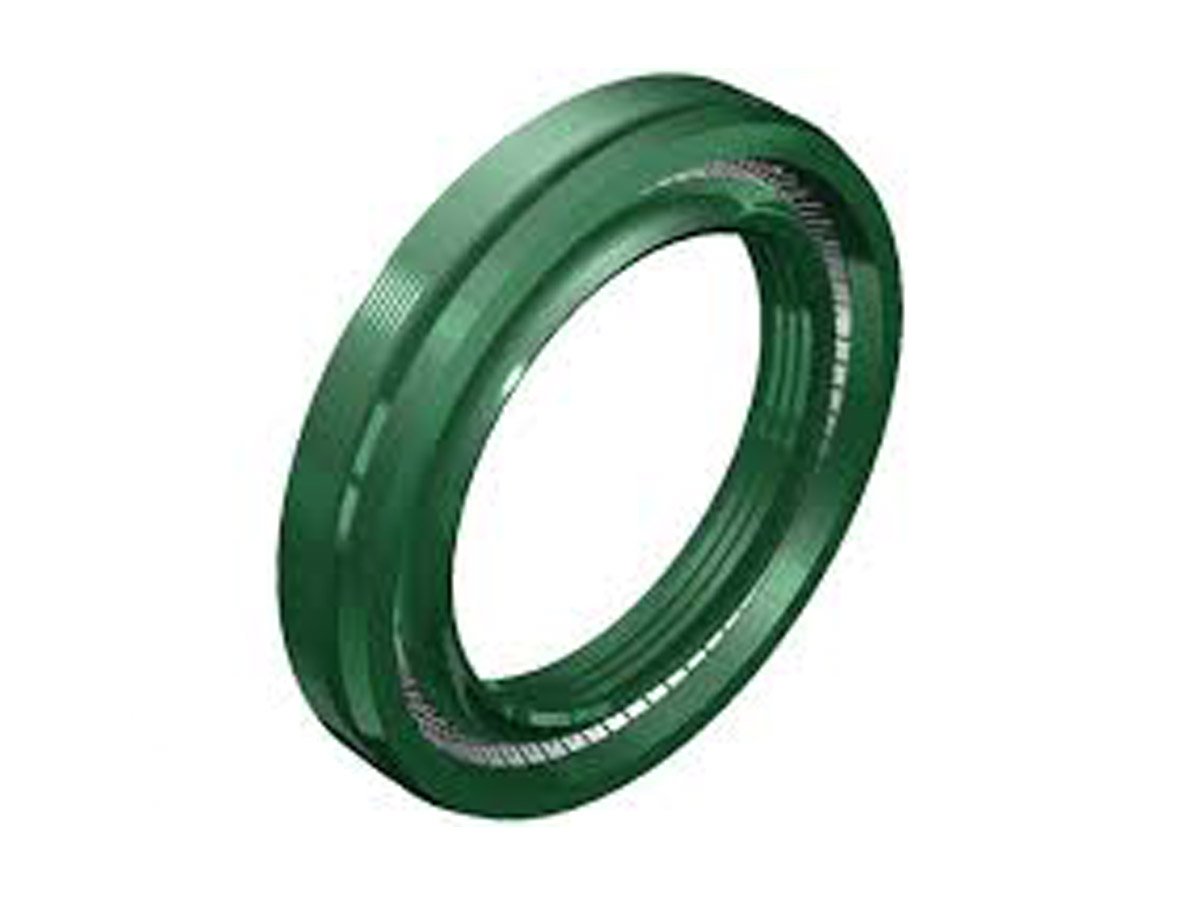 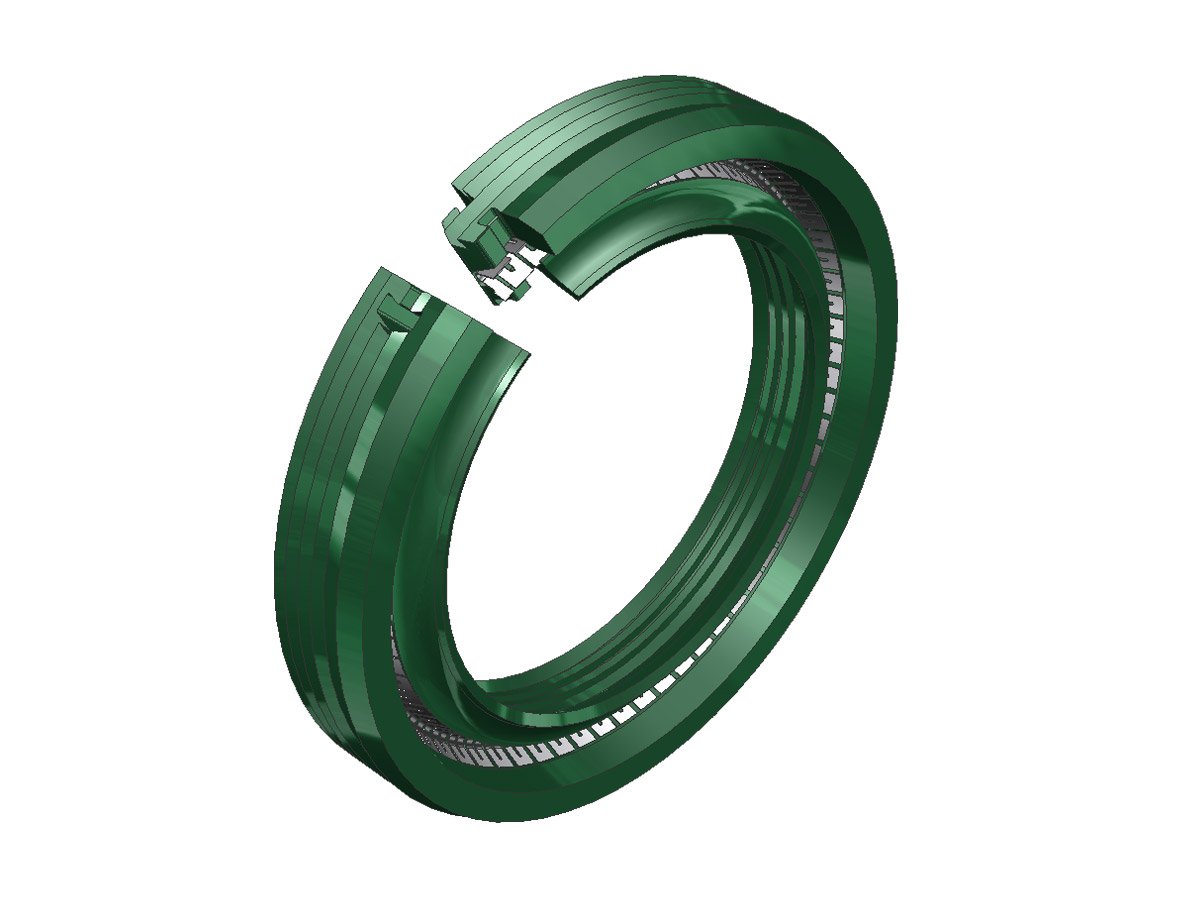 Why Use a Rotary Seal?

Why would you need an oil seal (rotary seal)? Precision engineered bearings are designed to last thousands of hours, perform at high speeds, high loads and temperatures but the bearing seals manufactured to protect these bearings are not and often will fail well before the bearings do and cause oil or grease to leak or allow dirt into this critical area.  Once the seals fail you have no choice but to strip the equipment and replace the seals, in many cases bearing are replaced as well just because the equipment is open.

Oil seals (rotary seals) are designed to endure the strain of continuous movement in an environment where they are exposed to contaminants such as grit, dust and dirt such as hydraulic pumps and valve stems.

Kemtron’s AIGI 5505 split rotary seal is designed with a double split and double lock feature allowing you to replace your oil (rotary seal) with rapid speed allowing you to reduce operational downtime and reduce maintenance costs.  The duo-lock design improves the overall elasticity of the seal while the wedge cutting technology significantly upgrades the integrity of the split joint.  The double split also creates double security to disrupt the leak path and engineered so that oil or grease stays in and the dirt stays out.  To replace the seal just take it off the shaft and put on the next one.

How To Install Oil Seal

The following are its features and an illustration on how to install:

Contact Kemtron today and a member of our team will be in touch to discuss your requirements.

This website uses cookies to improve your experience while you navigate through the website. Out of these cookies, the cookies that are categorized as necessary are stored on your browser as they are essential for the working of basic functionalities of the website. We also use third-party cookies that help us analyze and understand how you use this website. These cookies will be stored in your browser only with your consent. You also have the option to opt-out of these cookies. But opting out of some of these cookies may have an effect on your browsing experience.
Necessary Always Enabled
Necessary cookies are absolutely essential for the website to function properly. This category only includes cookies that ensures basic functionalities and security features of the website. These cookies do not store any personal information.
Non Necessary
Any cookies that may not be particularly necessary for the website to function and is used specifically to collect user personal data via analytics, ads, other embedded contents are termed as non-necessary cookies. It is mandatory to procure user consent prior to running these cookies on your website.
Performance
Performance cookies are used to understand and analyze the key performance indexes of the website which helps in delivering a better user experience for the visitors.
Advertisement
Advertisement cookies are used to provide visitors with relevant ads and marketing campaigns. These cookies track visitors across websites and collect information to provide customized ads.
Analytics
Analytical cookies are used to understand how visitors interact with the website. These cookies help provide information on metrics the number of visitors, bounce rate, traffic source, etc.
Uncategorized
Undefined cookies are those that are being analyzed and have not been classified into a category as yet.
Save & Accept